Posted by The Haunted Librarian | Filed under Uncategorized

≈ Comments Off on I’m Moving & on Hiatus

Shadow People seem to be this year’s go-to response on paranormal TV shows. The immediate knee-jerk reaction is: It’s a shadow person and you’ve got to move! This is far from the truth. Likewise, it is unfortunate that paranormal investigators presume the term is new. It isn’t. There is still so much to learn about these creatures that it is irresponsible to tell a family to relocate. Instead, there is a need for more collection of data on shadow people.

Shadow people are not a new paranormal phenomena. They can be a shadow, solid form, or a black mass, and stories about them go back to ancient Egyptian times where one of the seven souls was the khailbut, a shadow. They believed that the shadow was always present, even after death. In The Egyptian Book of the Dead, the deceased was often depicted as a shadow, or silhouette, with little descriptive features. It was not evil unless the deceased was evil in life. The majority—if not virtually all—shadows were merely representative of good.

The ancient Greeks and Romans also believed in shadow people. The “umbra” or “shade” was the spirit of a dead person. Again, this was not evil or up to evil deeds. In fact, the Latin word “umbra” is used today in “umbrage” which means to give shade to a person or subject. Here the word is used negatively as taking offense or being annoyed; however, the word is not meant to be taken as literal wickedness.

In the 1690s a new use of the word “umbra” emerged. Here the word was used to identify “an uninvited guest accompanying an invited guest.” This usage evolved as the phantom was now uninvited and possibly unwanted or unknown.

This would explain today’s feelings toward a shadow person. The silhouette seen is unknown to the onlooker, who may fear the shadow. At no time should the shadow person be assumed to be evil.

It is important to note that various cultures across history have recorded versions of shadow people. One expert in the field is Mike Ricksecker, author of A Walk in the Shadows: A Complete Guide to Shadow People (2020). Mike theorizes that shadow people may also be interdimensional beings. His book includes personal accounts discussing his first experience with a shadow person, along with his multi-decade fascination investigating them. You may know Mike from his appearance on The Haunted episode “Monster in the Closet” from 2011. In addition to his book, Mike gave a lecture on shadow people for Ghost Education 101. Click here to watch the presentation: https://www.youtube.com/watch?v=NVjppVdtMHw.

When searching for online images of shadow people, it is interesting to note that many artists assign genders to them. If someone witnesses a shadow person, he generally does not note a gender. In fact, a lot of sightings lack gender descriptions. The exception is when the shadow person transforms into an apparition. For the most part, shadow people are non-gender assigned.

There isn’t one theory or explanation for shadow people; however, there is a need for more research. If you encounter a shadow person, don’t presume it is evil. Most likely, it is merely looking to communicate.

Prestigious colleges across the country housed paranormal programs. One of the most famous was at Duke University, https://thehauntedlibrarian.com/2014/03/30/duke-university-what-happened/. Today, those programs have been extinguished only to re-emerge at small, independent schools. Join me this Thursday, as I talk with Heather Leigh Carroll-Landon, Ph.D. on her experience earning her degree.

As one of the panelists for the new paranormal education group Ghost Education 101, Heather shared how ordinary household gadgets can be used in paranormal investigations. No need to spend a lot of money in order to start your exploration into the unknown.

Tune in for the live show at 9 PM EST or listen via the archives on Midnight.FM.

August 17, 1915 was a tragic day in American history. On that infamous day, Leo Max Frank, whose sentence for killing 13-year-old Mary Phagan two years prior was commuted by outgoing Georgia Governor John “Jack” Marshall Slaton to life in prison, was lynched in Marietta, Georgia. No one was ever arrested or convicted for Frank’s kidnapping from the Georgia State Prison Farm in Milledgeville and the lynching. Further, it is widely believed that Frank did not, in fact, commit the crime. Frank’s body was shipped to New York for burial. Lucille “Lucy” Selig Frank remained in Atlanta, dying on April 23, 1957 of heart disease at the age of 69. For decades, her final resting place remained a mystery; however, we now know that she is interred at Atlanta’s Oakland Cemetery.

Lucille remained faithful to Leo throughout her life; she never stopped mourning Leo’s murder. After Leo’s murder, Lucille, age 27, carved out a life as a widow in Atlanta. She never remarried, working as a salesclerk at various retail businesses. Lucille would sign her name as “Mrs. Leo Frank” and never shied from her tragic legacy. When she died, her remains were cremated, generating speculation and scrutiny. and held at Patterson’s Funeral Home in Atlanta. Her internist Dr. James Kauffman said, “Leo might have been killed, but she served a life sentence.”

During a time of anti-Semitic unrest in Atlanta, the funeral home contacted Lucille’s family to hand over her remains. Alan Marcus, her nephew, took possession and drove around for roughly 6 months with the remains in the trunk of his red Corvair Monza. In 1964, Alan and his brother, Harold, took the urn to Oakland Cemetery, where they dug a hole between the graves of Emil and Josephine Cohen Selig, Lucille’s parents. For 40 years, Alan kept his secret.

In 2004, Alan disclosed where Lucille was buried to author Steve Oney, whose seminal book And the Dead Shall Rise, the Murder of Mary Phagan and Lynching of Leo Frank (2003) remains the best and comprehensive look at the infamous event.

Oakland Cemetery in Atlanta is one of the best examples of a rural garden cemetery (https://thehauntedlibrarian.com/2013/09/16/historic-oakland-cemetery/). It seems fitting that Lucille shall spend eternity tucked between her parents. Although her grave is technically unmarked, it is not without adornment. A small plaque of an angel with an inscription sits nestled between her parents’ tombstones. In death, may she find peace.

In 2018, Maplecroft, the Queen Anne Victorian House purchased by Lizzie and her sister, Emma, shortly after her acquittal of murdering her father and stepmother sold for $600,000 to the owners of the Lizzie Borden Bed and Breakfast Museum, where the alleged murders occurred. Donald Woods and Lee-Ann Wilber purchased the second home intending to open another bed and breakfast. Two years later, Maplecroft is again for sale. This time it is offered fully furnished for $890,000. Suzanne St. John, the realtor representing the property, will appear on Spooky Southcoast this Saturday to discuss the home and an incredible opportunity to own a piece of Lizzie Borden history.

For more information about Maplecroft, please read my 2018 blog.

In 2018, Maplecroft, the Queen Anne Victorian House purchased by Lizzie and her sister, Emma, shortly after her acquittal of murdering her father and stepmother sold for $600,000 to the owners of the Lizzie Borden Bed and Breakfast Museum, where the alleged murders occurred. Donald Woods and Lee-Ann Wilber purchased the second home intending to open another bed and breakfast. Two years later, Maplecroft is again for sale. This time it is offered fully furnished for $890,000. Suzanne St. John, the realtor representing the property, will appear on Spooky Southcoast this Saturday to discuss the home and an incredible opportunity to own a piece of Lizzie Borden history.

For more information about Maplecroft, please read my 2018 blog https://thehauntedlibrarian.com/2017/11/22/lizzie-bordens-other-home-for-sale/.

The premier of my new Internet radio show has been pushed back until next month. The console is on back order, and the production team decided it was better to start off strong.

Watch this space for the new date.

American Horror Story’s Ryan Murphy took to Twitter to tease Season 10, currently unnamed. The buzz circled around former child actor Macauley Culkin joining the ensembled cast. For me, it was the remix of Orville Peck’s “Dead of Night.”

Murphy and Falchuk have a good ear for music. Opening Season 10 with Peck’s sultry vocals (a combination of Johnny Cash and Chris Isaac) and the haunting lyrics is a stroke of brilliance. 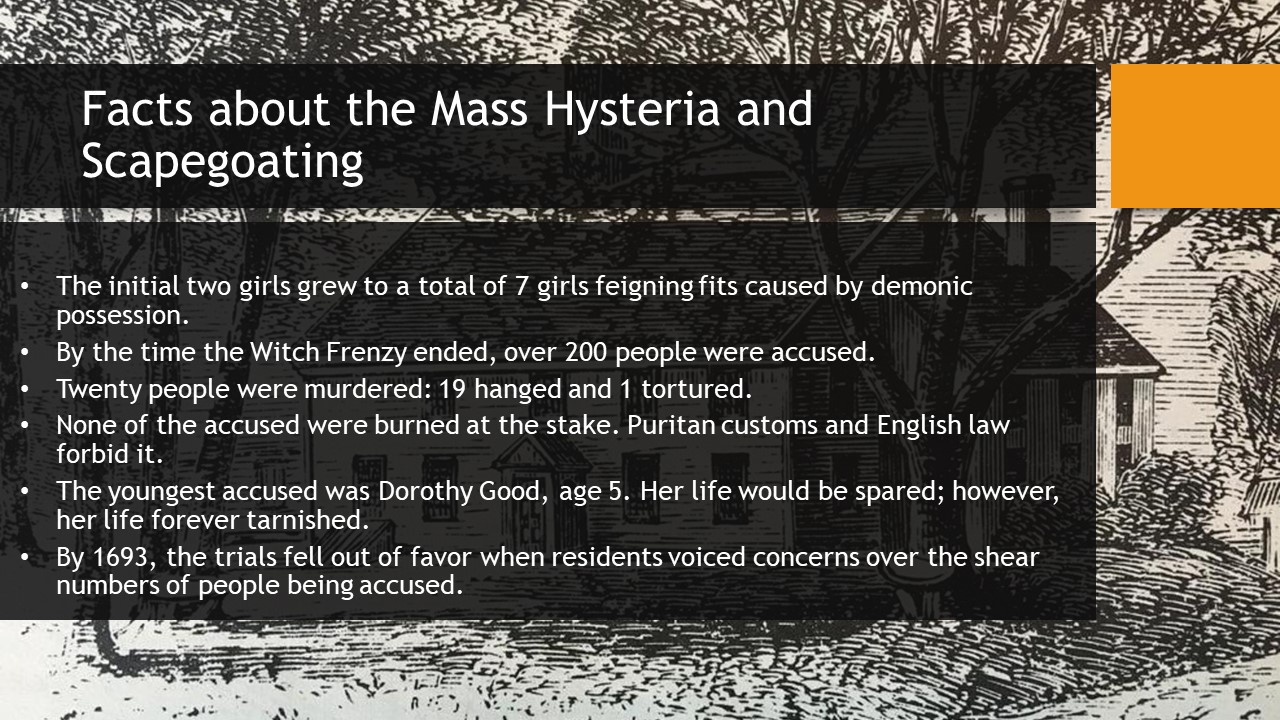 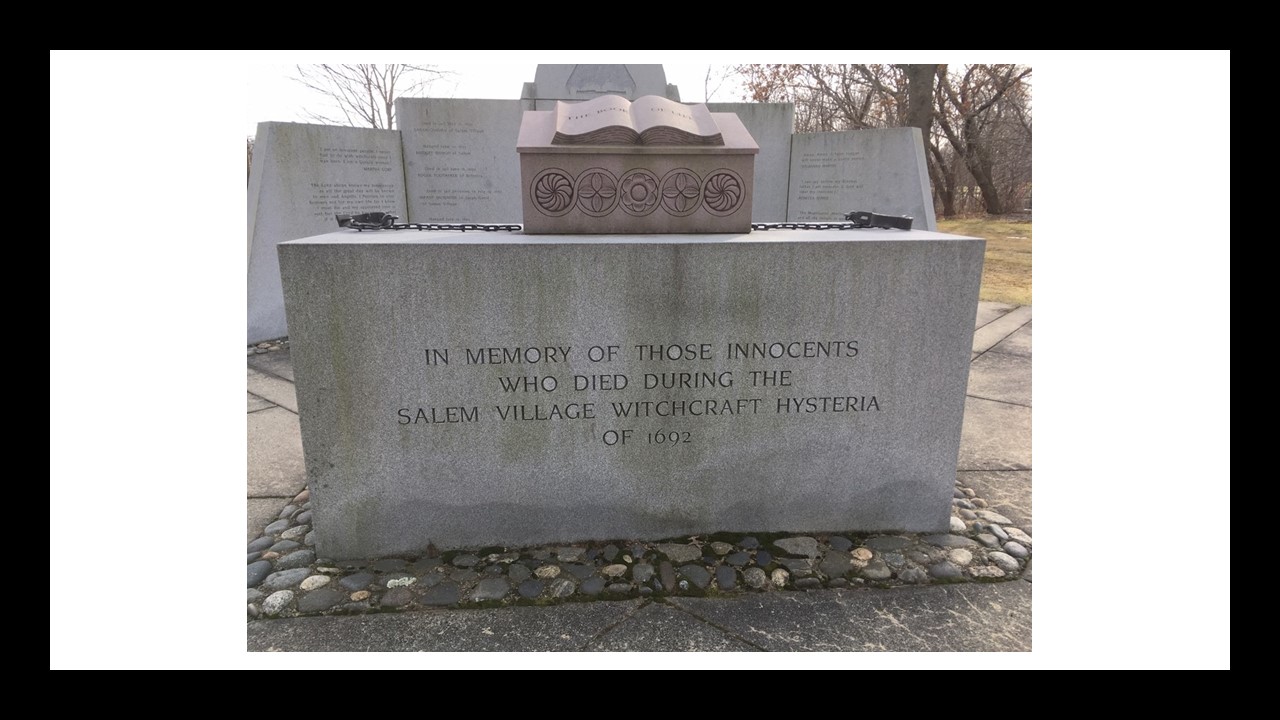