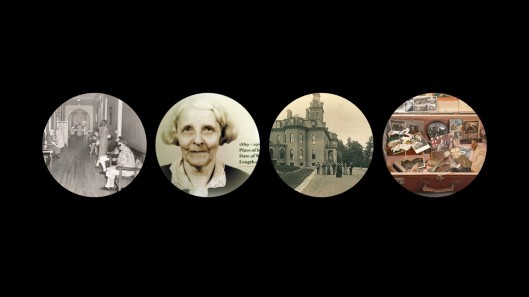 When the Willard Asylum of the Chronic Insane closed in 1995, the staff discovered 400 neatly packed suitcases in the attic. Photographer Jon Crispin was commissioned to create vignettes and photograph each suitcase. To date, 80 have been photographed. Crispin created an art installation titled “The Changing Face of What Is Normal,” which ran through 2014 at the Exploratorium Science Museum in San Francisco. The collection is a chilling reminder of how people deemed “not normal” were treated and how most died within these institutions.

Known locally as the Willard State Hospital, the Willard Asylum of the Chronic Insane opened in 1889. Mary Rote was the first patient. She arrived after spending 10 years at another mental institution chained to a bed. Mary was classified as “demented and deformed.” At Willard, Mary was able to walk about, although she remained confined to the hospital.

Patients arrived with packed suitcases indicating short visits. Most never left. The 400 suitcases were cataloged and stored in the attic and remained untouched until the hospital closed.

Willard campus was comprised of a hospital, cemetery, morgue, crematorium, and bowling alley. Life at Willard was not necessarily pleasant. A lot of patients were chained or placed in cages.

Some of the suitcases profiled by Crispin included: 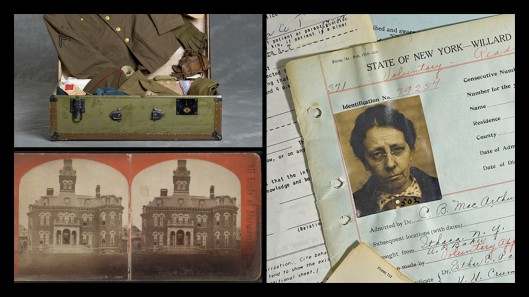 Frank C. was an Army veteran from Brooklyn, NY. His items included his military uniform.

Dmytre arrived in 1953 with personal photographs and a clock. He remained at Willard for 24 years.

Joseph Lobdell, a transgender female who preferred to live as a male, spent 10 years at Willard before being transferred to another facility. He was never released, dying in care.

Crispin found the suitcases “compelling,” stating that “families largely abandoned them [patients].” The exhibition will be a permanent exhibit at the Museum of disABILITY History in Buffalo, NY. You can find more information about Jon Crispin and the project at https://www.willardsuitcases.com/.