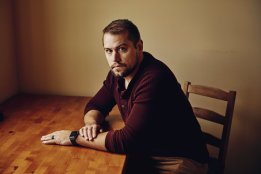 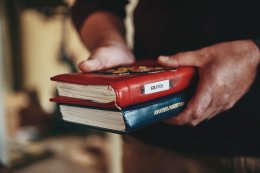 Navy pilots witnessed and videotaped several encounters with unidentified flying objects while in the air or on military aircraft carriers. The reports were declassified and reported on by the award-winning newspaper. Seems UFO activity may have increased…well, certainly the reporting of such activity continues.

The May 27, 2019 article titled “Wow, What Is That?” profiles a series of UFO sightings by Navy pilots. Lt. Ryan Graves details the sightings occurring from the summer of 2014 to March 2015 off the East Coast of the United States. All sightings were reported to the Advanced Aerospace Threat Identification Program (AATIP), the UFO tracking program begun in 2007 at the request of then Senate Majority Leader Harry Reid (D-NV). The program was funded from 2007-2012, when it ceased most operations. Reports of the program completely closing were exaggerated, as this blog and the New York Times article proves.

Lt. Graves described unknown aircraft flying 30,000 feet into the air and reaching hypersonic speeds. He and his mates were unable to locate any exterior engines and were stunned that the aircrafts remained in the sky for 12 hours. They followed procedures and reported their observations.

A small but largely significant fact came out of the article. Government officials, notably the Pentagon, boasted about the closure of the UFO tracking program noting that funding had been zero-lined, meaning the agency had not been allocated funds to continue. At the time, a few writers (myself included) read between the lines and reported that the agency would continue to collect and to investigate all sightings from military personnel. In light of possible funding for a Space Force, Congress needs to step up and re-fund AATIP.