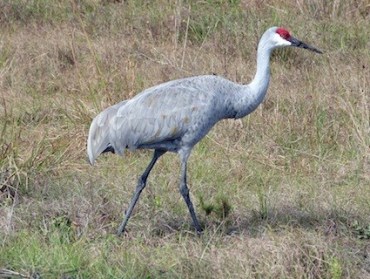 This summer I’m heading to West Virginia. In between visiting the family church and cemetery while gathering genealogy information, I’ll be stopping in on some special paranormal destinations. Two are related to Mothman: The Mothman Museum and The McClintic Wildlife Management Area. In doing some preliminary research, I am debunking some of the explanations. Consider it debunking the debunked. In this first installment, Mothman was not a Greater Sandhill Crane.

Mothman was a paranormal event that lasted 13 months, from November 15, 1966-December 15, 1967. Over that span, numerous witnesses in and around Point Pleasant, West Virginia, reported seeing a 7-foot tall creature with glowing red eyes and a 10-foot wingspan. Some of the sightings coincided with U.F.O. sightings and talks about visits from the “Men in Black.” All sightings ceased the day after the December 15, 1967, Silver Bridge collapse, killing 46 people. Several theories have been proffered over the years. An early one was that people saw wayward Greater Sandhill Cranes.

The Greater Sandhill Crane is the larger form of Sandhill Crane species. They are tall grey birds. Adults have red markings on the head. They are between 3-5 feet in height, weighing 6.5-14 pounds. They “form large flocks” and are migratory. Although they can be found in the Northern United States, they migrate to the Southern US and Mexico during the winter months. The Greater Sandhill Crane was previously spotted within the McClintic Wildlife Management Area, where the first Mothman sighting occurred. However, these people did not mistake a crane for the creature.

There are several reasons as to why the bird was not Mothman. The Greater Sandhill Crane does not have red eyes, a key feature to the witness reports. Further, the bird is too small. Witnesses stated that Mothman was 7-feet tall. That is 2 feet taller than the largest Greater Sandhill Crane. Not one witness reported seeing multiple Mothmen—only the solitary Mothman. The birds live in groups. A wayward single bird may be spotted once, maybe twice, however, not for 13 months. Finally, Greater Sandhill Cranes migrate to warmer climates during the winter. The average temperature in November in Point Pleasant is 14°F. December’s average is 9°F, with January at -2°F, February -4°F, and March rising to 9°F. It’s just too cold in West Virginia for these birds to remain throughout the winter.

In this segment of “Debunking the Debunked,” I believe that Mothman could not have been a Greater Sandhill Crane. More soon. 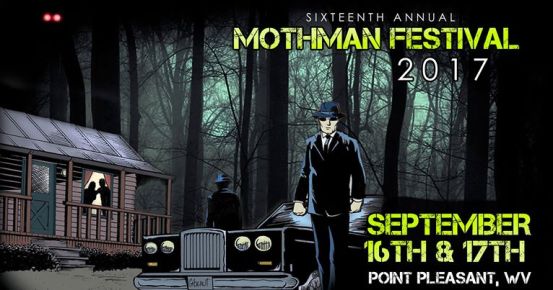 Sightings of the red-eyed, 7 foot tall half man/half flying creature turned 50 last November. Although “Mothman,” as he was called, only appeared in Point Pleasant, West Virginia, from November 1966-December 15, 1967, he still captures the imaginations of cryptozoologists, paranormal researchers, and general urban legend fans. He has spawned an entire industry in the small town. There’s a Mothman Museum; TNT Tours to see McClintic Wildlife Management Area, where the first documented sighting occurred; evening U.F.O. sky watches; and the popular Mothman Festival. This year the festival will celebrate the 50th anniversary.

Mothman descended into the quite town of Point Pleasant on November 15, 1966. Two couples were taking a cousin out to the abandoned TNT factory for some night hiking. Upon arrival at the chain-linked fence, the five young adults reported encountering a 7’ feathery creature with large wings (possibly 15 feet wide). They quickly returned to the car and sped off into town. This begins the sightings made more popular by John A. Keel’s The Mothman Prophecies book published in 1975.

The first “Congress,” outdated word for festival, began over Labor Weekend in 1968 when Saucer News editor, Gray Barker, organized a small event. Forty-six people attended and participated in touring the Silver Bridge disaster, learning about Shawnee leader Cornstalk who was murdered in the area in 1777, and a “saucer watch,” whereby people stared up into the clear evening sky searching for U.F.O.s. Apparently, the Congress was a success. Renamed the Mothman Festival, the current event has been running for 16 years.

This year the event returns to downtown Point Pleasant, West Virginia, on September 16-17, 2017. Vendors, live music, food services, and a 5K run are planned. Admission to the Main Street events is free; however, nominal fees will be charged for the TNT tours and other additional events. According to the Official Mothman Festival Facebook page, https://www.facebook.com/mothmanfestival/, 1,505 people are interested in attending and nearly 500 confirmed. Quite an uptick from the original 46.

Mothman is truly Americana. Other similar sightings have been reported, but none have the Appalachian appeal that Mothman brings to West Virginia. Definitely worth a visit.