In June 2022, Silvia Moreno-Garcia published Mexican Gothic. It was met with much acclaim and sits on many reading lists including those of shortlisted titles for best book of the year. And it deserves it! Moreno-Garcia weaves Mexican folklore with modern gothic genre motifs.

Set in the 1950s, Noemí Taboada is dispatched to evaluate her recently married cousin, Catalina. The orphaned cousin quickly married with her husband, Virgil, sweeping her from the social circles of Mexico City to the isolated Mexican mountains. High Place is the decrepit family mansion of the Doyles, a proud British family relegated to live outside the small town El Triunfo without the wealth generated from the now-shuttered silver mine.

Noemí finds her cousin profoundly changed and tries to unravel the creepy family history of the mysterious and strange Doyle clan.

The story incorporates Mexican culture and the newly expanding paranormal research of the decade. If you skim, you may miss the references! The hybrid fantasy/horror tale evolves slowly with the writing more literary than genre fiction. In the end, it remains a modern retelling of a gothic fairytale.

An 8-10 episode limited series was commissioned by Hulu after Milojo Productions (Kelly Ripa and Mark Consuelos) secured the rights. (Note: There are reports that the show may be a continuing series instead of a limited series.) The author will serve as an executive producer. 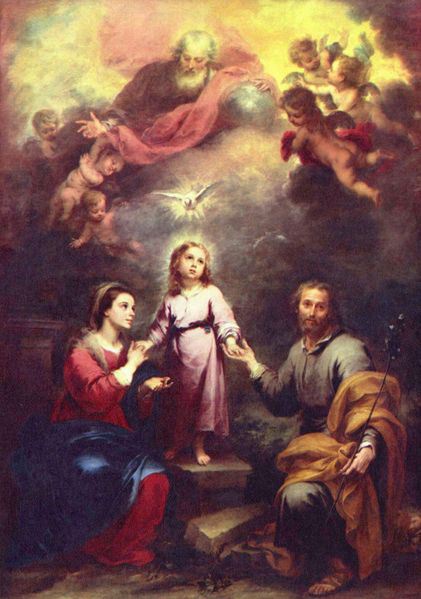 This past week I was approached and asked how a Christian could write a blog about the paranormal. Simply stated: How can I claim to be a “Christian” when I blog as The Haunted Librarian? Anyone who has read and studied the Bible knows of the vast array of paranormal activities it illustrates.

The “paranormal” is the unknown. According to Webster’s New World College Dictionary, the paranormal is an adjective “designating or of psychic or mental phenomena outside the range of normal.” The paranormal is comprised of ghosts, miracles, angels, U.F.O.s, and the like. Anything that cannot be logically or scientifically explained falls into this category.

Initially, I was drawn aback by this question/accusation. My first thought was “What is the ulterior motive?” Unfortunately, I am skeptical about the honesty and intentions related to this question. Why is anyone interested in my blog as it relates to my personal life? However, I decided this would make an excellent topic for a blog posting.

I was stumped as to how this person or any person defines the word “Christian.” Webster’s defines Christian as “a person professing belief in Jesus as the Christ, or in the religion based on the teachings of Jesus.” I am a practicing Episcopalian. The Holy Trinity is a Christian doctrine acknowledging that God appears in three forms: Father, Son, and Holy Ghost. See there? That word “ghost” means spirit—as in dead. If you speak to Jesus, who is dead, then you are speaking to a ghost. Moreover, The Holy Spirit, or the Holy Ghost, is God at work in the world, who leads me toward truth in Jesus and is an important part in my life.

The Christian population is large—very large. Worldwide, there are 2.2 billion Christians (http://www.globalreligiousfutures.org/religions/christians). There are three main groups within Christianity: Roman Catholicism, Eastern Orthodoxy, and Protestant. In addition there are three additional ecclesiastical blocs. In total, there are over 33,000 denominations. Yes, recent statistics state over thirty-three thousand denominations. That’s a lot of people with a lot of beliefs!

My blog is one avenue I use as a personal release to share my feelings toward experiences that are not “of this world,” and this includes spirits, angels, and also some topics that are based on assessing the experiences that others share. Some of this material that may not fall into what everyone considers the “angel” category. Furthermore, a lot of my writing focuses on exposing people who exploit the vulnerability of one’s spirit. As my sub-heading states: I research, investigate, and write about all things paranormal. If you don’t like it, don’t follow my blog. If you want to use my blog to judge me, then you are severely misinformed and misguided. You are not my judge—only God is.

Let anyone among you who is without sin be the first to throw a stone. (John 8.7) 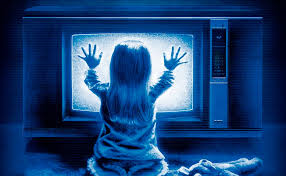 The Devil’s in the Terminology

Terminology is important in any field of study, especially the paranormal. However, a lot of us use certain terms interchangeably. Take the words “ghost” and “spirit.” Previously I used these two words as one. Now, I stand corrected. They are distinctly different. “Ghost” is the popular term used to indicate the presence of an unexplained entity; whereas, “spirit” means the essence of a deceased person. It is the personality of the deceased. Human beings have spirit. When investigating a purported haunting, paranormal investigators should use the term “ghost.”

The term “soul” is more problematic. Generally, it means the spiritual element of a person and is immortal. Simply put: Soul = Life. That’s a tad simplistic but gets the point across. The person’s soul lives on after death. It descends into heaven. But these elements are hotly debated. I’m reserving this discussion for a future post.

When we go on an investigation, we are attempting to see a ghost or the better word: an “apparition,” the visual appearance of a person. However, “ghost” is the first word to come to mind though. We are checking to see whether or not a location is haunted (experiencing a paranormal phenomenon). The “phenomenon” includes witnessing apparitions, hearing unexplained sounds, and smelling unaccountable scents. In a haunting, the location is the focal point of the activity.

Now, a “poltergeist” is more confusing. As a proud product of the 80s my definition is deeply entrenched from the movie bearing the same title. I always believed that poltergeists were malevolent ghosts from beyond the grave. This definition is rooted by the German translation of the word. In German, “poltergeist” means noisy or troublesome spirit. Recent commentary focuses on a live human as the source of the activity. The focal point is the person not the location. My above-referenced definition of “spirit” supports this new thinking. If a young child has “spirit” and that spirit is troubled, it can form a poltergeist. Therefore, the poltergeist investigation moves from the location and looks at the people involved. Most poltergeist cases involve a child or adolescent. It is up to the paranormal investigators to determine if the activity is caused by a living person or if the ghost is a highly active one. The terms should not be interchanged.

I’ll be touching on more terminology in future posts, but I wanted to get the conversation started. In doing so, I will be more aware of my use of the words and ensure that I am using them correctly.