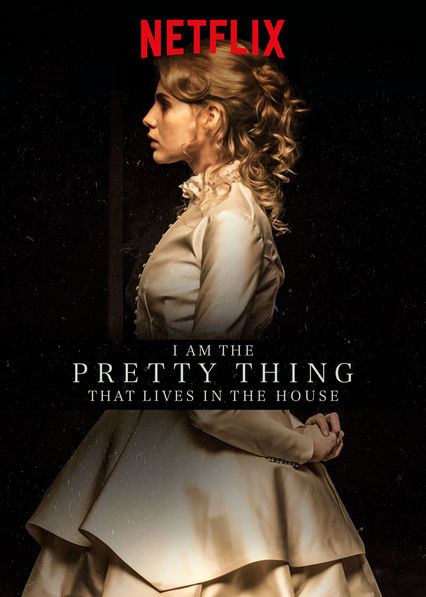 This art house thriller isn’t for everyone. It’s not truly a horror story but more of a ghost/mystery film. Variety called it “minimalistic.” That it is. What it’s not is mainstream enough for the average viewer. This movie requires dedication and a couple of viewings to understand. But don’t let that dissuade you from viewing.

Lily, a young live-in nurse, is hired to take care of an elderly housebound bestselling mystery writer. The woman is old, possibly senile, and confuses Lily with her most popular character, Polly. Lily reluctantly reads the book discovering Polly’s secret.

My only issue is the title. Long titles are tongue twisters. Although for British actress Ruth Wilson (Luther) it rolls off her tongue. But it’s a difficult title to sell.

Variety nails it. The set is simple. The colors crisp white against black. The house is sterile, devoid of props. The house has a Massachusetts witch-trial feel. I’m sure it was intentional.

This Netflix original is streaming this month. Go in knowing that it’s a ghost story without jump scares and that the story-line slowly unfolds, and you may end up watching this one again.