The second teenager accused of stabbing a schoolmate was sentenced to 40 years in a psychiatric hospital yesterday. Morgan Geyser, now 15, struck a plea deal whereby avoiding prison time. She and her friend, Anissa Weier, stood accused of stabbing another girl to appease the fictional Creepypasta character Slender Man. The girls were 12 at the time. The victim was left for dead but able to crawl out of the woods and alert an adult. She continues to recuperate from the trauma. Geyser’s sentencing closes the unimaginable criminal case.

The crime shook Wisconsin and the nation. Geyser was the instigator in the act and was charged with 1st degree intentional homicide. Weier also struck a deal and was sentenced for the lesser charge of being a party to 2nd degree intentional homicide. She was sentenced in December receiving 20 years in a psychiatric facility. Both girls have been diagnosed with mental disorders.

Although defense attorneys for Geyser hoped for a lighter sentence, they were not surprised. One doctor for the prosecution testified that Geyser continued to hear voices and posed a threat to society. Judge Bohren agreed stating: “[T]his is an issue of community protection. This is an issue to be sure there’s no recidivism. This is an issue to ensure that Ms. Geyser doesn’t have a revolving door situation where she ends up being in the community and then things fall apart and she comes back.” This case highlights the problem minors have differentiating fantasy from reality. It also serves as a reminder that mental illness occurs at any age. 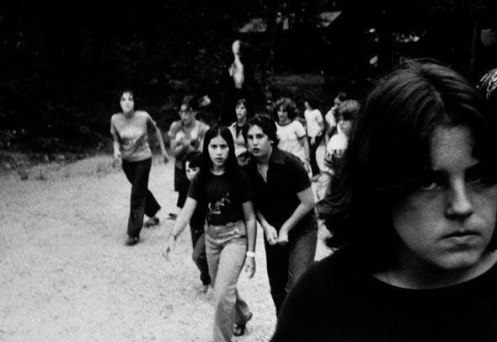 In 2014, two 12-year old girls stabbed their “friend” 19 times in order to please the fictional Creepypasta character Slender Man. Both girls claimed mental illness as their defense. This week Anissa Weier pleaded guilty by reason of mental illness to the 2nd degree intentional homicide charge. She will spend at least 3 years in the Winnebago Mental Health Institute after being diagnosed with Schizotypy, a less severe delusional disorder. Her mental health supervision will last 25 years.

Weier and Morgan Geyser stood accused of the stabbings; both claimed mental illness. Geyser was diagnosed with Schizophrenia and also pleaded out. She will be sentenced in February.

The victim continues to suffer from the heinous attack. Her mother wrote to the Court that the event “has defined our lives.” Her mother stated that her daughter continues to live with the “emotional and physical scars” from that day.

Slender Man (or Slenderman) is a fictional character created by Eric Knudson in 2009. Knudson, under the user name Victor Surge, posted a story about a tall, thin shadow man. Internet users added to the initial story on the website Creepypasta, a fan-fiction site where users write short horror stories.

The stabbing was a warning to parents who assumed their children understood the difference between real and imaginary people. It was a cautionary tale that the Internet is not necessarily factually accurate. It also served as a reminder that Slenderman is a work of fiction and made-up.

Editorial Note: I intentionally omitted the victim’s name in order to protect her identity. Although her name may be found online, it should not. Her privacy, especially as a minor, is important. 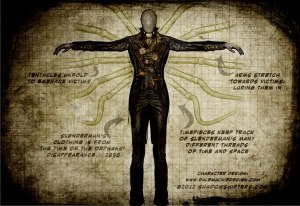 On May 31, 2014, Morgan Geyser and Anissa Weier, both 12-years-old, attempted to kill a classmate. The girls lured the other girl to a slumber party with the pretext of celebrating a birthday. The next day during a game of hide-and-seek, one of the girls held the classmate down while the other stabbed her nineteen (19) times. One reportedly yelling: Go ballistic; go crazy!

Amazingly, and probably by the grace of God, the classmate survived the brutal attack, crawling toward safety and the assistance of a passing bicyclist. The victim identified her assailants. She is expected to recover. Police quickly picked up Geyser and Weier, along with the large knife used in the violent attack. Seems the girls were quite chatty and told officers that they performed this deed to curry favor with “Slender Man.” Once they killed the classmate, they intended to run off into the forest to Slendy’s mansion and live happily ever after.

According to the criminal complaint, the girls started planning the murder last December—over six (6) months ago. On June 2, 2014, both girls were charged as adults with 1st degree attempted homicide. They face 60-65 years in prison. Bond is set at $500,000 each.

Who Is Slender Man?

In 2009, Photoshop hosted a “Create a Paranormal” image contest. Eric Knudsen submitted several photo-enhanced images depicting a tall, slender faceless man dressed in a black suit hovering near children. His arms were long and octopus-like. Knudsen included a brief narrative and the fictional “Slender Man” character was born. In his relatively short, five (5) year life, the nicknamed Slendy has appeared in lots—and I mean lots—of horror stories and YouTube videos. He is the latest urban legend to sweep the Internet. And he is pure fiction. Made up. As in Not.A.Real.Person!

The news story struck a chord with Americans. Amongst the daily headline news gun-related killings sweeping the nation, two tweens committed a violent act with a kitchen knife. Early reports called the victim as their “friend.” I dismiss this classification because she was clearly no friend to them. She was the intended prey. She was the VICTIM. And they are the ACCUSED. The crime they are charged with is serious. If completed, it would have been MURDER.

Some have quickly dismissed the behavior of Geyser and Weier as juvenile antics. A growing number state that these two girls should not be charged as adults. A few have claimed that the girls may suffer from a psychosis whereby they created a parasocial relationship with a fictional character thus believing that the fictional character (Slender Man) is real. One professional likened the relationship to the fictional television character of Doctor Marcus Welby, where people mailed him letters seeking medical advice. These people cannot distinguish fantasy from reality. Therein lies a problem. How does one confuse a fictional paranormal entity as real? Nowhere on the Internet does it state that Slender Man is real. Nowhere on the Internet is he purported to be real. I don’t buy it in this case.

Geyser and Weier’s defense attorneys will run with this theory. Hopefully, they will not run far.

Comments from a Huffington Post article run the gamut of people who are outraged that these girls are being charged as adults to those wondering where their parents were. I, too, wonder where the parental guidance was, but I strongly believe that these girls should be tried as adults. The Juvenile Justice System was created to rehabilitate, to treat, and to protect juvenile delinquents. The system is geared for community protection while the child matures. A child is not afforded the same “rights” as an adult when charged with a crime. The juvenile is remanded to the care of the Juvenile Justice System, and the system takes over the care of the child. For better or for worse, the system “knows” what to do. There have been lots of published reports of the system warehousing the children in institutions and not actually rehabilitating them. A current story claims that a juvenile judge took bribes and remanded juveniles to an institution, which did nothing to care or to rehabilitate the children. A juvenile is not guaranteed due process as most of us know it within the juvenile justice system. A juvenile in this system is found “delinquent.”

In the adult system, the girls have “rights.” They have the right to an attorney if they cannot afford one. They are afforded the opportunity to make bail. They can even have a jury trial. Whereas all juvenile proceedings are closed, criminal proceedings are scrutinized and open. There is more due process. An adult is found guilty or not guilty. Most importantly, the criminal sanctions are proportional to the offense committed. The final outcome of the criminal system is deterrence. To stop these girls from committing this violent act again. Geyser and Weier are not juvenile delinquents. They are criminals. They are guilty of attempting to kill a juvenile. They didn’t merely skip class and go shopping.

Most states allow for juveniles to be tried as adults. In Wisconsin, where this occurred, there is no minimum age requirement. Therefore, these 12-year-olds may be tried as adults. And they should. They willingly knew what they were doing. They plotted. They carried out the violent act. Now they should suffer the consequences.

Horror authors and aficionados worry that this story will create a backlash on the genre. And they are correct. The quick American knee-jerk reaction has already started while the defense attorneys maneuver to transfer the case to Juvenile Court. People are calling for copy-and-paste sites such as creepypasta.com to censor content. But remember: Slender Man did not commit this heinous crime. Two intelligent girls did. Don’t blame Slendy. Place the blame where it belongs: on Morgan Geyser and Anissa Weier.

Who is “Slenderman?” And why did two 12-year-old girls attempt to kill their “friend” to gain his favor? Incredible–and outlandish–story this week on Archer Paranormal Radio. The API Gals are also discussing Through the Veil; Another Ghost Hunter Departs; and More Evidence from the Historic Windsor Hotel.

Tune in Thursday, June 5th at 7 pm EST on http://www.liveparanormal.com.