On February 20, 2020, a supposed Reddit user uploaded a video he claimed to be of his Valdosta, Georgia home’s Ring security camera, hanging in his carport, capturing a ghost manifesting in his driveway. The are several large holes in his assessment.

The video clip, with extensive editing to zoom in on the light source, was posted on YouTube and, expectedly, went viral. The video has received over 18,000 views. The online account, The Hidden Underbelly 2.0, boldly states that this is a “partial manifestation.” Case closed. However, it’s not a manifestation.

Debate continues on what was captured on the footage. The security camera is set up at the back of the carport, an open garage with side walls but not a closing garage door. Parked outside the carport are two vehicles: a truck and a car. A light source shifts from the truck, on the left, to the car, on the right. Some speculate that the “ghost” is jumping from truck to car. I did not see that. I saw a light source moving from the back of the truck across to the front of the car.

The “story” told by the Reddit user is that he was notified that the security camera was tripped. He reviewed the video and found the “image.” Generally, when a security camera is tripped, lights go on. Here, the lights were already on.

The camera’s placement is also problematic. The camera is affixed to the back wall of the carport. Carports are 20-21 feet deep. (The purpose is to house cars.) The camera displays out from the back wall and shows the side door to the house on the right. It also shows the two vehicles parked in front. They appear to be roughly 10 feet past the carport. According to Ring, the security camera’s motion detection zone is a range of 270 degrees side-to-side and 30 feet forward. The image is passed the front of the cars; therefore, out of range for the motion detector to go off.

When the motion sensor goes off, Ring may push a notification to the owner. Instead of walking to the door and looking outside, the owner loaded the video. This seems odd. It is easier to look out the window or open the door to see the culprit rather than watch the video. However, the owner may not be home. Then one would question why the lights are on.

We may never know what the homeowner was thinking. I cannot locate the supposed Reddit posting. None of the articles actually link to that initial post. Instead, everything is linked to the YouTube account, whose identity is unknown; however, he does answer questions as if he was the owner.

The carport was well lit. The cars reflected community lights. This is probably a case where the camera captured a car passing, someone walking his dog, or a cat heading home. (Personally, I think it’s a deer.) It should not be hailed as the definitive evidence of a “partial manifestation.” Because…It’s not.

A story is making the Internet rounds claiming that Comfort Station No. 1 in downtown St. Petersburg, Florida is haunted. It’s not. However, its lack of ghosts should not detract from the stunning architecture that makes it one of the most beautiful and historic public restrooms in the United States.

At the corner of 2nd Avenue and Bayshore Drive North sits an 8-sided brick building. Topped with Spanish tiles, the octagonal structure is modeled after the Lombardy Romanesque style. Although this is not Taylor’s most important architectural feat, it is one of his most debated.

Bids were taken in March 1927, with permits and construction commencing by the summer. It reportedly cost $16,000 and was completed and operational by May 10, 1928 when a Lost and Found ad ran in the St. Petersburg Times. Ironically, the person who ran the ad found a Masonic ring at the station. The February 1929 issue of The American City praised the facility—both functionally and aesthetically.

Urban legends continue to swirl. The first claimed that Taylor built the facility to resemble St. Mary Our Lady of Grace Catholic Church, situated at 515 4th Street South. Both structures are octagonal and share similar features. The story further claims that Taylor took umbrage to being shorted on the church project and designed the restrooms as an insult. This is factually incorrect. The bathroom was designed and built before the church, where construction began in 1929. Several newspaper articles, namely the September 9, 1992 St. Petersburg Times article, dispels this rumor.

Comfort Station No. 1 is sometimes called “Little St. Mary’s” or “St. Mary’s Comfort Station.” These are tributes to the similarities between the restroom and the church. While Taylor left no indication as to his reasoning on the design, some postulate that the restroom was a prototype for the large Byzantine style church.

Another Internet story refers to an elderly woman named “Agnes” who chats ladies up at the sink. After hours searching several online databases, I was unable to find an elderly woman who was alive in the 1930s (she reportedly was wearing clothes of that period) who died around the pier. Using a preconceived old-fashioned name doesn’t make the story true.

The comfort station sits along the retaining wall at the entrance to Pier Approach Park. Over the decades, the park consisted of several large piers: The Railroad Pier (1889); The Pier Pavilion (1895); The Electric Pier (1906); The Million Dollar Pier (1926); and The Inverted Pyramid Pier (1973). Engineers grew concerned by the saltwater erosion on the pilings; therefore, the pier is undergoing another rebuild/renovation.

There are numerous reasons why people hear sounds in the comfort station. First of all: it’s an oversized bathroom. The water lapping against the seawall also creates sounds. Hide tide, low tide; they all make waves. Boats entering/leaving the yacht basin. Acoustics against the tiles. Wildlife hovering about or scurrying underneath. In addition, fog and mist are frequent weather occurrences. Not one tale references actual investigations conducted to debunk.

Historic and old buildings are not necessarily haunted. I’ve visited this location numerous times (I used to live 16 blocks from here and would walk to the park). Never did I have an experience. Further, never did I hear about experiences. Visit Comfort Station No. 1 and reflect on a time when motorists did not have public conveniences and the one progressive city that took up matters by erecting a classic pit stop. 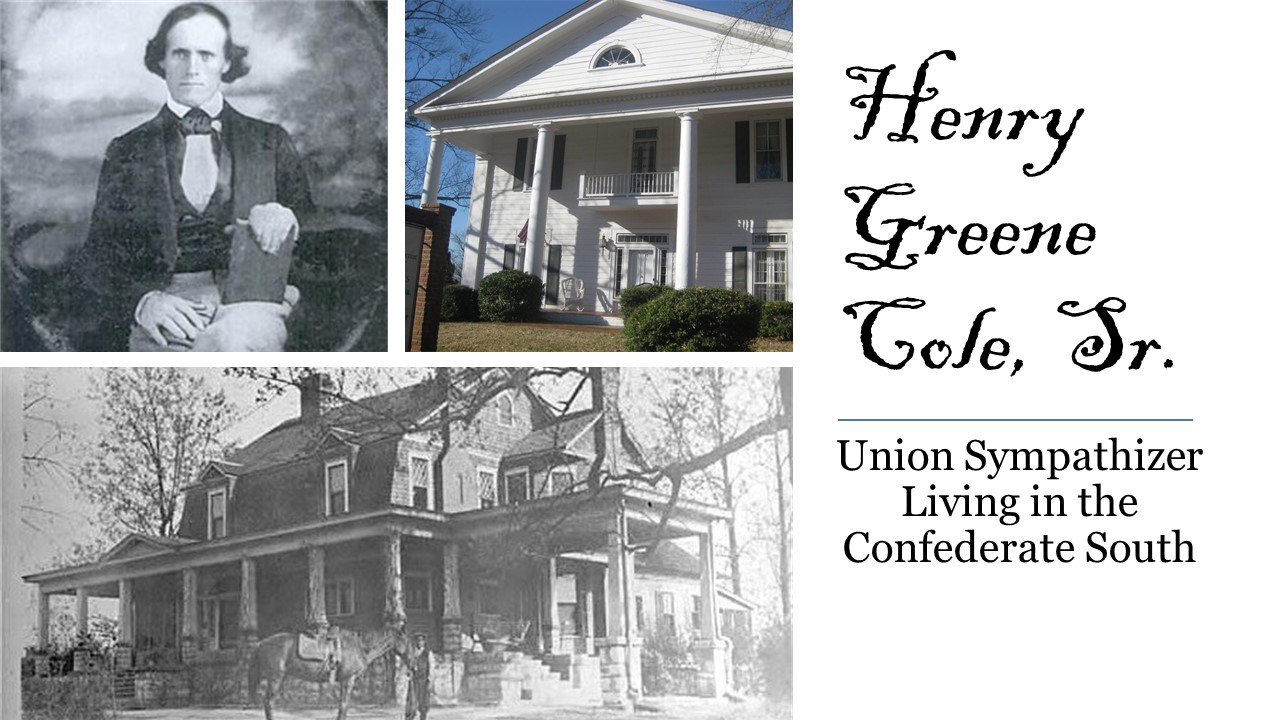 Henry Greene Cole was a Union sympathizer living in the Confederate South. He was also wealthy. He built a small house on Washington Avenue just outside the Marietta Square. It is told that his father-in-law urged General Sherman not to burn the Fletcher House Hotel because of his relation to Cole. Cole donated the land adjacent to his home for the Union National Cemetery, where over 10,000 Union soldiers are buried. Cole endeavored to build a larger home a block down from his small house. Although he died before it was completed, his family resided in the grand house for many years. Today, the house is a commercial building; however, it still boasts the architectural elements of a Georgian home.

It is also haunted. A local resident whose grandparents lived down the street spoke of walking past the house and seeing a woman in the upper left-hand corner. She saw this girl many times over the years. For several decades, the house was home to several law firms. Attorneys and their employees reported feeling cold drafts and hearing voices. One attorney experienced her clock running backwards. People walking past claim to see curtains shifting and lights turning on and off at night. The house sits directly across from the National Cemetery.

Season 2 of Haunted Towns, titled “Voodoo on the Bayou” sends the Tennessee Wraith Chasers to the largest slave revolt in American history. (Note: It’s not the largest on North American soil. That distinction goes to the 1739 Stono Rebellion commencing on September 9, 1739—when America was comprised of 13 colonies). The team heads to the Andry Plantation where the “German Coast Uprising of 1811” began.

10 Facts to Know Before You View: 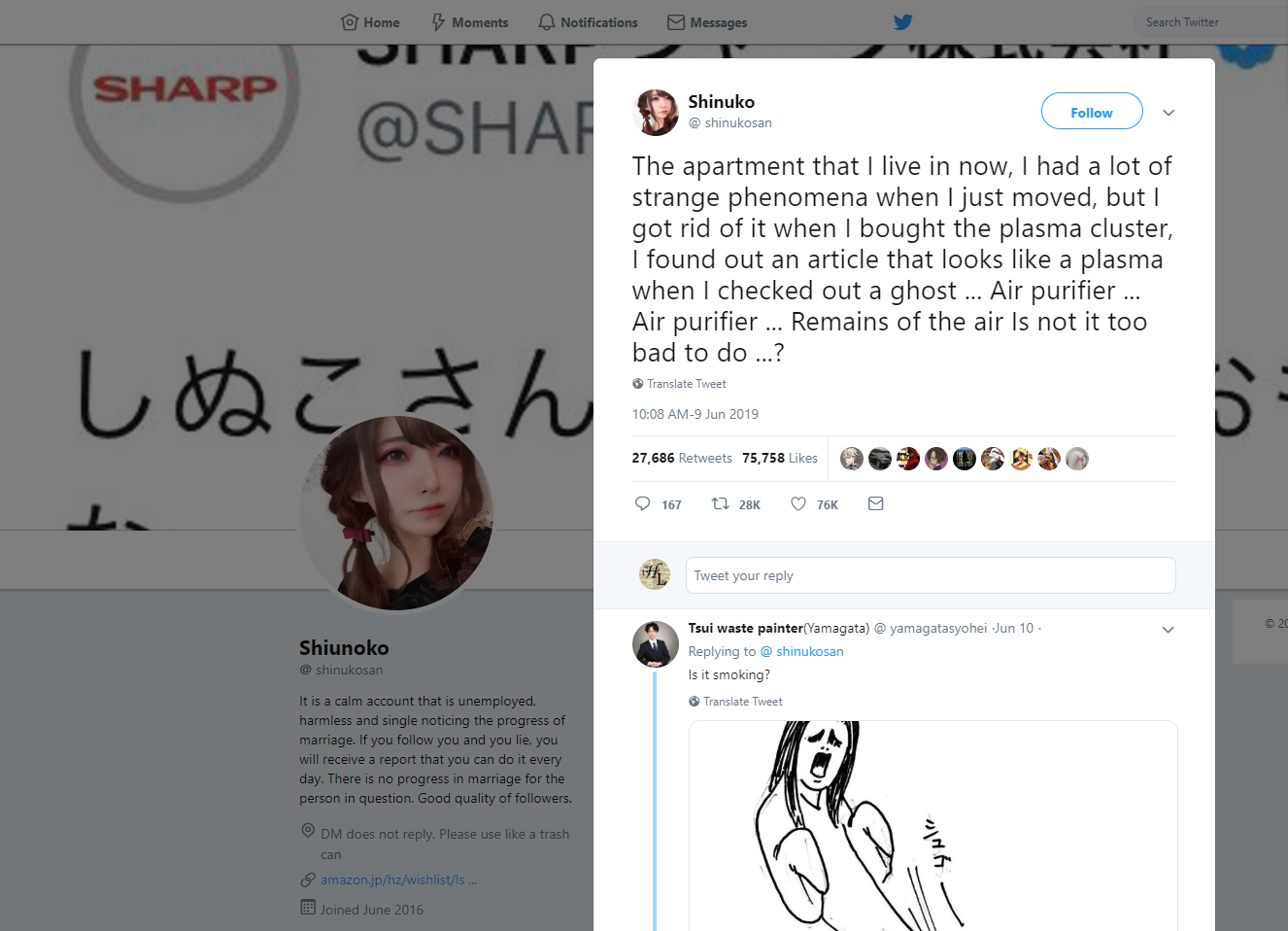 According to Twitter user @Shinukosan, the Sharp Plasmacluster is an ionizing air cleaner that exorcizes unwanted ghosts. Shinuko experienced paranormal activity when she moved into her new residence. She purchased the air purifier and noticed that the activity stopped. Instead of considering the obvious—the residence had mold—she maked the leap, crediting the machine. After posting her comment on Twitter, she tagged the Japanese corporation that manufactures the purifiers. Predictably, the corporation responded. (Good for them!) Although they deflected credit for removing her ghosts, they did acknowledge that the machine should work for 10 years.

10 Things to Know about the Black Dahlia: 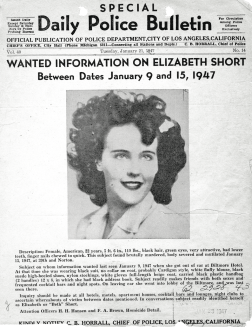 Image from the new limited series I an the Night 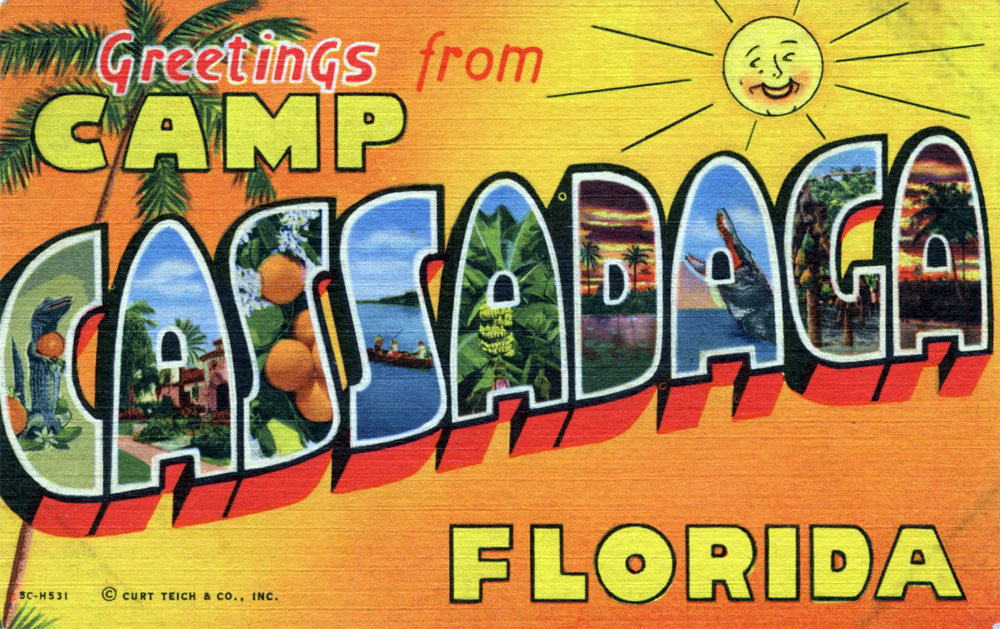 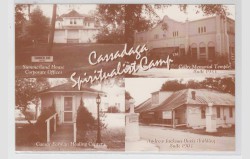 Beginning on February 12, 2018, the people who run Old South Pittsburg Hospital (OSPH) will begin holding daytime ghost hunts. The price is $25 per person. Contact Stacey at 423.362.0089 to book your tickets.

The Old South Pittsburg Hospital opened in 1959. The 107-bed hospital is comprised of 68,000 square feet. The facility closed in 1980. Paranormal investigation teams are welcomed at the abandoned hospital. Archer Paranormal Investigations participated in a weekend hunt a few years ago. We captured great evidence from the Chapel and the third floor.

The hospital in a short drive from Chattanooga. Check out their website for additional information: http://osphghosthunts.com/.

Dame Helen Mirren’s Winchester (2018) opens nationwide today. The film is a pseudo-bio pic focusing on the eccentric firearms heiress who was supposedly haunted by the ghosts of those killed by the Winchester Repeating Arms. It’s more Hollywood fiction than truth. However, movie-goers love a good ghost story. Here are 10 facts about Sarah Winchester and her labyrinth of a house.