David Jessup’s “children” are showcased at Curiosities in Lakewood, in Dallas, Texas. Read up on David’s creations and consider adopting. 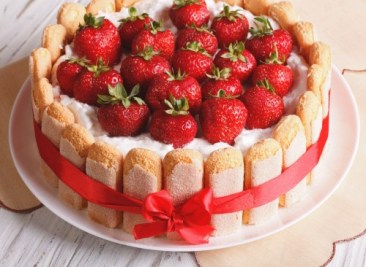 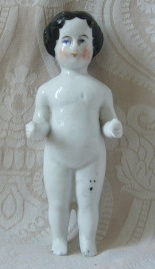 The porcelain miniature dolls made predominately in Germany in the 1850s were meant to be bath toys. The stiff dolls became popular in America. American writer Seba Smith (1792-1868) penned the poem “A Corpse Going to a Ball” about a vain young woman named “Charlotte” who refused to bundle up on the 20-mile horse ride to a New Year’s ball. Her date, aptly named Charlie, found her frozen to death. Smith’s inspiration supposedly came from an article he read in a newspaper. Although the dolls were only popular from the 1850-1920s, they’re having a resurgence of sorts. Collectors can purchase online with several Etsy venders claiming to have dolls long buried from abandoned doll factories. (I’ll keep you posted on the two I purchased)

During Charlotte’s popularity, French chef Marie-Antoine Carême (1784-1833) created a decadent dessert while working in King George IV’s Court. His first creation was called the “Apple Charlotte,” named for the King’s daughter, Princess Charlotte. When Carême went to work for Czar Alexander I, he created the “Charlotte Russe,” translated as “Russian Charlotte.” For this creation, Carême made a thick custard circled by ladyfinger cookies. Per legend, he was inspired by the “Charlotte” hat and his love for London. The “Chantilly Charlotte” is flavored with violet.

The modern “Charlotte Russe” means a “dish of custard.” It can be a trifle served hot or cold; a cake, bread, or cookies lined with custard; or an ice box cake. For the hot summer, one should consider making a “Frozen Charlotte.”

The original recipe calls for a Bavarian custard; however, the custard is not recommended as it will not freeze. You could make the tradition Bavarian custard cake and merely chill for a cool, refreshing dessert. Enjoy!