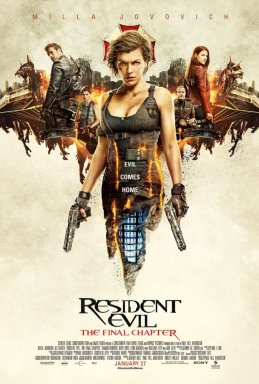 The sixth, and presumably the final, installment in the Resident Evil franchise opened at #4 in the US this past weekend. The film grossed $13.8 million; however, it has already grossed $64.5 million on foreign screens. Although weak for the franchise, the movie has already recouped its production budget of $40 million. The franchise remains incredibly popular and immensely profitable. To date, the franchise has grossed over $994 million worldwide. Don’t be surprised to see another sequel, possibly spinning off the storyline with a new cast.