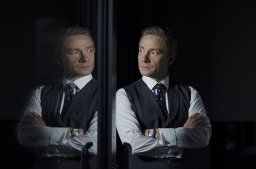 The independent horror film Ghost Stories (2017) debuted in theaters on April 20th in a very limited capacity. It faired well. With 1,269 ratings on Rotten Tomatoes, the film has a 67% audience score boasting a solid 3.6 out of 5 score. The critics were nicer, giving the movie an 82% fresh score. Initial reports claimed that the film would be available immediately after the April 20th showing; however, there were some glitches. Instead, the film will be released on DVD, BlueRay, and streaming services on September 4th. Look for it. It offers a lighter—more palatable—paranormal film as compared to Hereditary.