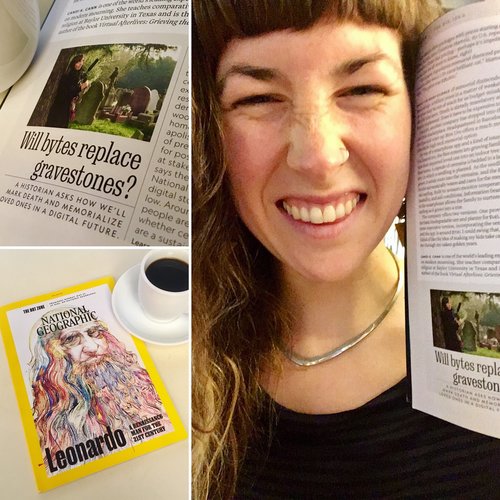 Death in the Digital Age

Cemetery historian, Katie Thornton, launches her podcast, Death in the Digital Age or DitDA, in 2020 where she explores how the dead will be memorialized through digital documentation and eventual land restraints. Thornton produced an episode on 99% Invisible in June highlighting how Singapore shifted from a cemetery/graveyard dominated nation cremating only 10% of the Chinese population to where 80% of corpses are now cremated and housed in elaborate, though condensed, columbariums. As Thornton ponders how nations will deal with corpses, so should we.

Singapore is an island city-state of roughly 5.6 million people. The tiny nation was decimated by the Japanese in World War II. Families lived in overcrowded make-shift structures that lacked modern amenities. The government stepped in and created the Housing and Development Board, or HDB, to create a solution. Within 5 years, the HDB oversaw the relocation of 400,000 people. The solution? Very tall apartment buildings—some 50 stories high. Now, the 3rd richest nation in the world houses 80% of its citizens in these nondescript cement high rise buildings.

Unfortunately, in order to build these buildings, the government had to reclaim the land used for cemeteries. Established in 1870, the Kwong Wai Siew Peck San Theng, or Peck San Theng, became one of the largest cemeteries in Singapore. It housed 100,000 graves on 324 acres of land. The cemetery became a town where merchants in the trades of death lived amongst the dead. Nearly 2,000 people lived within the cemetery on prized land. Land that the government wanted for redevelopment.

By 1974, the Singapore government realized that housing was more important than cemeteries. Cremations were encouraged. In 1978, the residents, living and dead, of Peck San Theng were told they had 4 years to move out. The dead were dug up—yes, raised from the dead, and either claimed by family who relocated the deceased or cremated them or, for those unclaimed, the government cremated and held a mass spreading of the ashes ceremony in their honor. The land was quickly redeveloped. 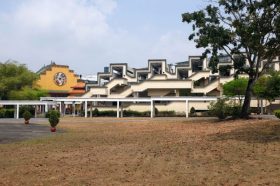 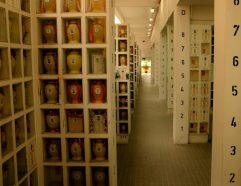 Of the 324 acres, 8 acres were reserved for a new building, a columbarium, a structure to house cremated remains. And there were a lot of urns to house. Designed by Tay Kheng Soon, the Peck San Theng columbarium opened in 1986. The structure is multi-tiered with urns in bookcases from floor to ceiling. Actually, the building looks like a modern condominium—minimalistic and tranquil.

Interestingly, as the newly branded Bishan Park development opened, ghost stories began to circulate. Stories of a woman waiting for a train who removed her head once seated spread through the development along with other spooky tales. Many who had such sightings or retold these tales were unaware that the land was once a massive cemetery.

Singaporeans realized that in order to remain sustainable, the people needed to change their burial practices. They simply ran out of land. But what about larger countries? How will we alter our burial practices? We have plenty of land (for now); however, we’re increasingly mobile. A lot of us don’t live where we grew up or where our ancestors are buried. How will we memorialize our ancestors in a digital age? I look forward to listening.

In the meantime, visit 99% Invisible’s “Life and Death in Singapore,” https://99percentinvisible.org/episode/singapore/ and view Thornton’s website, http://www.itskatiethornton.com/deathinthedigitalage, Death in the Digital Age.